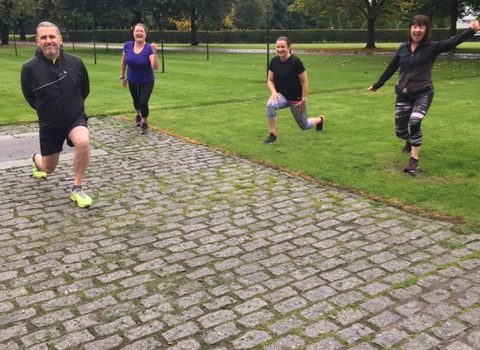 With almost all running events cancelled and our runners keen to put their hard-earned fitness to the test, the coaches of Fit Group @ Shettleston Harriers (SH’s Jog Scotland group) decided to take things into their own hands. So, over the past two weeks, we have organised two very successful running events.

On 20 September, we held a 10k around a route at Glasgow Green that set off outside West Brewery, started with two 1k loops, then out past McLennan’s Arch, along the river path heading east, over the smart bridge to the 1k loop at Shawfields, then back the way we came. 13 runners and 5 coaches, running in small clusters of 3-4 (all socially distanced!), completed the course in some very fast times with the first home in 51minutes! But our group is primarily built on inclusiveness and it was wonderful to see some of our group complete their first ever 10k. Congratulation to everyone who ran!

Then, on 4 October, we set our sights higher with a half marathon. Unfortunately, injury and illness whittled down an initial field of 6-7 runners to just two. But small was beautiful as Debbie and Paula powered round a modified version of the Great Scottish Run course in a fabulous time of just over two hours (and weren’t even put by off by two coaches nagging away at them the whole way round!). While they were conquering the half-marathon distance, three more of our group were tackling the 10k accompanied by two coaches. The pace was noticeably hotter than two weeks previously so the coaches will have their work cut out to keep up. Yikes!

With a difficult autumn/winter ahead of us, we plan to hold more of these races once per month to keep the group’s spirits up. Our WhatsApp group and virtual challenges kept us going through the lockdown in the Spring, and forged a real bond between us in those hard times. And we’re confident that this group spirit will keep us going through any tough times to come.

Can you help – Club Trophies ?

The history of the club is often recorded in

Christmas Handicap 2020 The final event of the club’

PLEASE NOTE – all club sessions have been suspended

Young Athletes get a run over the country

With competitions quite thin on the ground, Shettleston Harriers

Over the last 3 weeks we have seen the