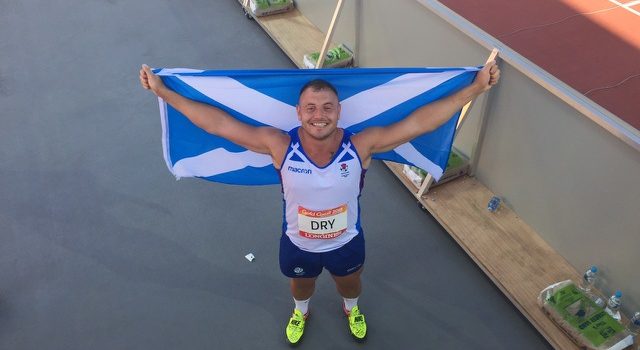 Congratulations to Chris Bennett and Mark Dry who both have been pick for Team Scotland at the Commonwealth Games in Birmingham, this is Chris’ 3rd Games and Mark’s 4th Games. The journey has been difficult for both of them but we are sure they will perform well. Chris was the first winner of the Jack Kean’s Bursary this year and we are sure Jack’s wife Ann will be delighted this has helped Chris.

Closer to home Fergus Donnely placed 8th in the SVHC Clydebank 5km in a PB performance of 16.10 before jetting off to Australia. Fergus has a number of races lined up during his trip down under. Dan Lowe also ran clocking a fast 16.40 for yet another PB.

On Saturday Teddy Tchoudja travelled to London to compete in the British League finishing 3rd in the Shot with a putt of 13.76.

On Sunday the club travelled to Kilmarnock to compete in the final CSSAL league match. Early indication’s are we finished runners up to Ayr over the three matches. This means we are promoted into Division 1 for next year. Many congratulations to all the athletes/coaches/parents and officials who have worked hard over the 3 matches to make this possible. A special thanks to club president, Elaine Mackay, who took on the Chairperson of the CSSAL  league  this year. She has worked hard in the back ground with her small team to make sure the league would operation- Full results to follow