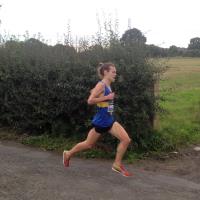 Daniel Bradford continued his great run of form smashing his PB for 1500m twice in a week with a fast 3:50.94 . He was not alone recording personal and season bests performances (PB/SB) over 1500m /5000m by Shettleston athletes

Sunday saw the action turn to Kilmarnock for the Youth Development League for our Under 13 and Under 15 athletes. We do not have the full results yet but from the results we have we know they was plenty of personal bests. Well done everyone.

Run out of one brewery, stagger into the second…..

Busy time for Peter and other events roundup

Peter Avent ran an impressive 30.31 in the Scottish 10K