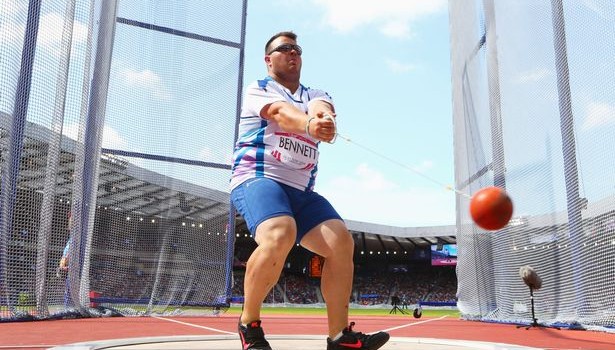 Chris Bennett continued his good form, placing 2nd at the European Throws Meeting in Split, Croatia. His is throw of 75.36m was close to first place, Apak Esref of Turkey’s 75.99m. Chris responded well under pressure pulling out his best throw in the 6th round to clinch the silver medal.

Meanwhile at a rain swept Kilmarnock three Shettleston athletes took part in a throws test event .Teddy Tchoudja won the U/20 shot with a PB performance of 13.09 and Angus McInroy took the Senior men’s shot with a throw of 14.22. The final athlete to take part was Miraji Ahmed who was 2nd in the triple jump with a jump of 14.13

Congratulations to John Owens of the club who coaches

Sunday saw the first international meeting for a Scotland

Weekend action from Poland and Scotland

Shettleston athletes continue to return to competition in various venues

Over the last few weeks we have seen a